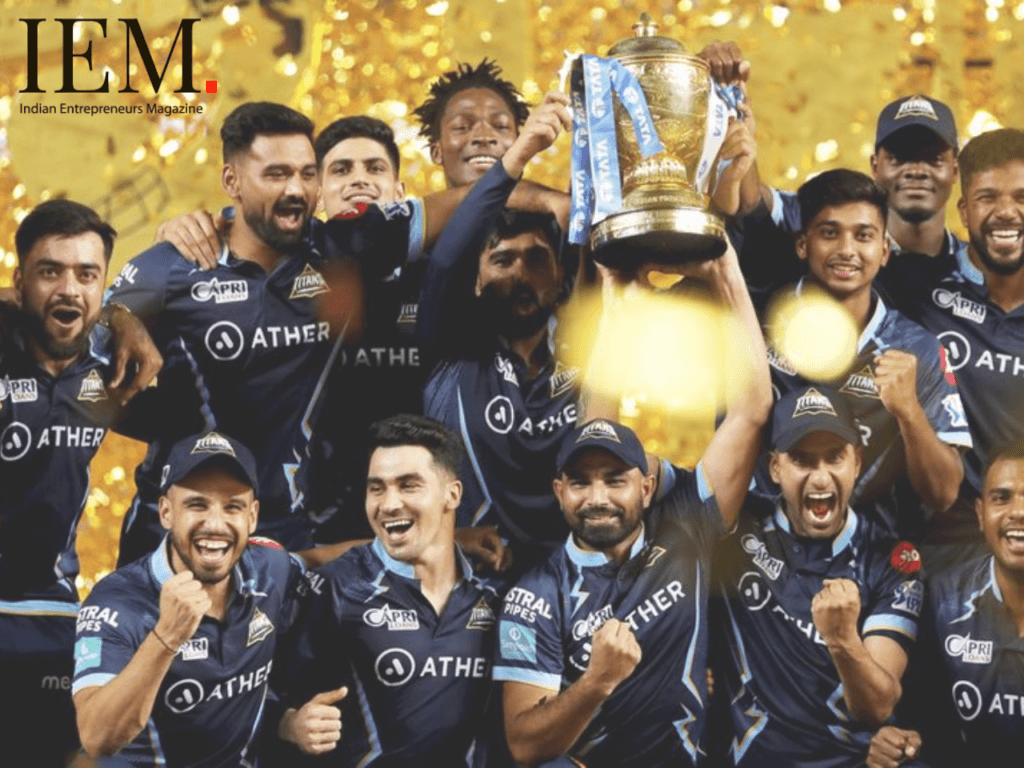 The most excited T20-Tournament in the cricket world is the Indian Premier League popularly known as IPL. It is contested between teams based out of Indian Cities or States. In 2007, the Board of Control for Cricket in India (BCCI) founded the League. It is usually held between March and May of every year. Some famous teams include Chennai Super Kings, Mumbai Indians, and Royal Challengers Bangalore. The Trophy Lifter of the 2022 Season is the debutant team Gujarat Titans.

Gujarat Titans is a new team in the IPL tournament debuting this year. CVC Capital Partners a Luxembourg-based private equity and investment advisory firm is the owner of the team.

It bought GT for 5625 Cr in the bidding for new IPL teams and was 160% more than the base price of the IPL team described by BCCI. CVC outbid Adani Group and others to get the ownership.

Gujarat Titans is the first team to launch its logo in Metaverse to engage fans through the virtual space.

Sponsorship company details of Gujarat Titans for IPL 2022 are as follows:

Ather Energy, India’s leading electric scooter manufacturer, has signed up as the Principal Partner of the Gujarat Titans in a multi-year deal.

Capri Global, a Non-Banking Financial Corporation and BKT Tires along with others have signed as Associate partners with Gujarat Titans. Their logos will be featured on the official jersey of the team.

Jio, one of India’s leading telecom companies, Astral pipes, Pipe-manufacturer, and Simpolo Ceramics will be featured on the shoulders of the jersey.

The headgear will sport the logos of two associate partners. ACKO, the tech-first insurance company, and Toothsi, a Dental Tech Start-up.

Meesho – an Indian e-commerce company, has signed and was featured on the trousers of the Gujarat Titans team kit alongside FanCode.

Amul has joined as an official beverage partner.

Official radio partner of the team was Radio Mirchi.

“For us, the brand is important,” he said. “At this time, it is all about the creation of a brand. The focus is not on immediate returns. We do understand it takes time, effort, and money to build a brand and that is exactly what we will be doing, and the returns will follow,” said Singh.

Hardik Pandya, Indian Player was the Captain of GT this year.